Blog
Home > Blog > Flutter 2.5 Features Everything You Need To Know

Flutter 2.5 Features Everything You Need To Know

Owing to the ever-growing diversification of application users, cross-platform app development is one of the fastest-growing trends in the IT industry.

The majority of software developers and enterprises have transitioned from native app frameworks to Cross-platform app development over
the past decade. One of the fundamental reasons behind this is that these hybrid frameworks allow developers to run apps on diverse platforms with a single code base.

Amongst all the cross platform mobile app development infrastructures available in the market, Flutter is the most used one. According to recent surveys, nearly 42% of developers chose Flutter for their cross-platform projects.

Due to its substantial growth, Google has exponentially improved the functionalities of Flutter and launched three new versions in a single year.

The initial Flutter 2 was launched in March, with its extensions Flutter 2.2 and 2.5 releasing in May and September, respectively.

The stats for Flutter’s latest version, i.e., 2.5, are record-breaking! The software has closed 4600 and merged 3932 requests from 252 diverse contributors. In this post, we will look at the features that make this Flutter version better than its predecessors and the native alternatives.

We will look at the following topics in this article –

Flutter Introduction – What Is It & How It Works?

Backed by the technology behemoth Google, Flutter is a cross-platform development framework that allows app building for multiple platforms using a single code.

Despite offering unparalleled multi-platform functioning, the performance of Flutter app is almost at par with its native alternatives. Moreover, developing Flutter apps is immensely time and cost-saving; since developers no longer have to write different
codes for different platforms.

Even though the previous versions were well-equipped with advanced features, Google believes in constant improvement, owing to which they released Flutter 2.5.

Let us glance at all the features that made it possible for Flutter’s new version to reach new heights of success.

With every new issue, Flutter is trying to improve its performance on Apple devices by eliminating the iOS technical problems. In the latest version, they made three significant changes to alleviate the iOS jank problems, including –

These performance enhancements in Flutter 2.5 will help optimize your iOS development by allowing seamless app testing. It is a massive step towards
achieving comprehensive Flutter support for Apple Silicon.

In the past, many developers faced issues with running Flutter apps in full-screen modes on Android devices. The tech geniuses of Flutter have incorporated four significant features to enhance full-screen functionality.

When users engage with the apps, the developers can write a new code to return to the full screen immediately or perform other actions on their device.

The names of the new modes are incredibly intriguing & their functions are even better! Here are the four modes of Android Full-screen in Flutter 2.5:

Along with Android’s full-screen enhancements, Flutter’s latest update has also introduced early support for Google’s revised design language ‘Material You.’ Material design’s latest version is equipped with new themes, forms,
and color effects. There are significant updates in terms of functionality in Material Design which includes –

Another plugin that has been improved substantially with the new Flutter version is ‘camera plug-in.’ The robustness and functionality of image_picker are refined for Android devices.

Moreover, you will also witness that an earlier camera_plugin is now compatible with web devices. However, it is not an endorsed plugin, so your Flutter development team might have to add it manually in the web application. This version allows basic camera support through the internet like viewing camera preview, capturing images, zoom control, flash, etc.

This release of Flutter is equipped with several enhancements in the Flutter DevTools, which has proven to be a boon for developers.

These updates allow businesses to achieve maximal outputs when they Hire Flutter Developers since the developers can now deliver better results. Significant features
of Flutter DevTools improvements include-

Another plugin that has undergone massive changes is ‘IntelliJ/Android Studio.’

Fortunately, Flutter 2.5.0 includes this great functionality that enables experts to perform unit and integration testing with a simple “testWidgets()” command. This makes it easier for them to generate complete coverage test reports.

Another function that has impressed several Cross-platform app development experts is the most powerful plugin that displays coverage information for unit and integration test runs.

There are ample other improvements to the IntelliJ/Android Studio plugin for Flutter detailed in the release notes:-

If you are interested in Plugin development, the launch of pigeon 1.0 might be highly beneficial for you. It is an advanced tool for generating typesafe interop code between native and Flutter platforms.

It lets you specify the API for your plugin and generate skeleton code in Dart, Java, and Objective-C.

Pigeon is already gaining popularity in Flutter app development. With the improvements like powerful error messages, added support for generics, etc., we can expect it to be used extensively in the future.

One of the primary contributors to Flutter’s exponential success is its easy-to-use and dynamic coding language, i.e., Dart. To make coding even more efficient, Google has refined the features of Dart and released its new version, 2.14. Let us have a
look at what’s new with Dart’s latest version:

Thanks to the community of Flutter developers worldwide for their contribution to the innovation of unique features in Flutter 2.5.

We hope that this article will help you understand what’s new in Flutter 2.5. Being well-acquainted with this information, you will be able to know why ‘Flutter’ is ahead of the curve in cross-platform development.

Looking to Hire Flutter Developers? Contact ZealousWeb today. For more information on Flutter 2.5, reach out to us in the comments section below.

FAQ
How many versions of Flutter have been released to date?

The most significant advantage of hybrid app development with Flutter is that the framework constantly introduces modifications to improve developers’ efficiency.

The first-ever stable Flutter version, i.e., Flutter 1.0, was released in December 2019.
On May 6, 2020, Google introduced Flutter 1.17 with significant performance improvements. Lastly, three new versions were published in 2021, including Flutter 2, 2.2, and 2.5, and each of these versions has brought about a revolution in the Flutter application development process.

Will Flutter App Development costs increase with the release of a new version?

What is ‘Dart’ in Flutter development?

Dart is the official coding language for Flutter. After conducting intensive research, the Flutter development team chose Dart for creating the framework as it matched all their criteria. The main factors ‘Flutter’ considered before implementation of Dart were –

What kind of app performance can I expect with Flutter 2.5?

One can expect excellent app performance with Flutter 2.5. With several Android and iOS systems improvements, Flutter is now likely to create a better user experience on both platforms. Moreover, the new features will simplify the development process, allowing developers to focus more on performance quality. 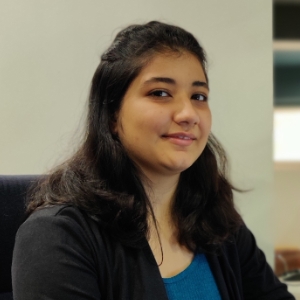 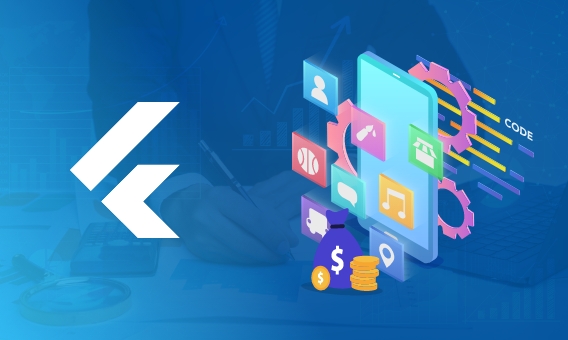