Blog
Home > Blog > Flutter vs React Native: A Developer’s Perspective For Your Next Project

Flutter vs React Native: A Developer’s Perspective For Your Next Project

Mobile app development is now not a new thing for businesses. However, everyone wants their mobile app to get developed quickly so that they can cash the benefits of the mobile world. Do you want to develop your mobile apps more quickly? Are you looking forward to reducing mobile app development costs associated with cross-platform development? If your answers to both these questions is YES but you’re not sure which technology to choose, you are at the right place. This article compares two market leaders – Flutter and React Native – from the mobile app owners’ perspective. And subsequently, you will also decide between choosing to hire a Flutter developer or a React Native one. The comparison and justifications given here will indeed help you identify which framework best fits your next project. Though the mobile platform is more stable and standardized than other platforms. So new languages, frameworks, and libraries still emerge like google and Facebook has introduced Flutter and React Native. Currently, in mobile app development, there is always confusion in mind like which platform to choose for a hybrid platform. Flutter is the new kid in the hybrid world. What’s Flutter about, how is it different from React Native, and Should your really hire a Flutter developer for your website? determine during this article. Though having many difficulties, cross-platform development or the Hybrid platforms is in trend. Rather than creating two separate native apps with, say, Swift and Kotlin, you would like just one framework which gives you both the application There are many cross-platform frameworks now: Xamarin, Ionic, PhoneGap… .Many app developers choose to React Native, as it’s popular and powered with Facebook: an enormous company that invests in its technology. Flutter is an emerging technology that you simply got to look out for now and as soon as it grows it will become one of the best hybrid frameworks

Flutter is two years younger than React Native. In the Dart summit of 2015 the flutter was introduced with the name Sky and in May 2017 its initial release came in existence, but was later on renamed Flutter and significantly became successful. It is based on a programming language called Dart. The framework was revealed at the Dart Developer Summit and impressed the audience with its hot reload features. This feature allows app developers to make changes in code and reflect them immediately in the running application without having an application to restart. Previously it was very hectic for the native android and iOS developers as they had to wait for approximately 4-5 minutes to run an application in Simulator/Mobile to check the working of any functionality. React Native is the elder brother of Flutter in Hybrid frameworks. It started as a Facebook internal hackathon project in summer 2013 and from that time it has become one of the most popular frameworks. While the first public review of React Native was introduced in 2015 at the React js Conference. It is based on a very common and old programming language called javascript

React Native holds a position of popular native app development framework and stayed stable for more than 5+ years in the market. Many successful and prominent market players such as Instagram, Facebook, Facebook Ads, Skype, Tesla and many more are using React Native as development platforms. Facebook has developed a very vast community of react native which is much mature in today’s mobile market. As it is easy to learn for web developers who have worked in javascript and designing. Many tutorials and solutions are available for any issue you will face during the development of any software which is helpful for any developer for quick help. By choosing react-native you will get low-cost development and less resource utilization than any other hybrid or native platform. When there is a need for multiple platforms then no extra code changes are required and if any change or maintenance is done will be cost-effective. You will have iOS, Android and Web with a single code. According to the recent news, Facebook is coming with its own OS called EYEOS and it might use React Native for building the apps for EYEOS. The only disappointment with the React Native apps is it’s performance is not good enough if we compare it with flutter or Native application and you will not be able to make the AR/VR application with it.

Flutter is an open-source UI software development kit introduced by Google, used for developing applications for Android, iOS, Web, Windows, Mac, Linux, and even Google Fuchsia. Nowadays flutter is gaining popularity and trending in the market. Many native developers choose flutter as their hybrid platform on which they like to work. There are many applications like Alibaba e-Commerce, Google Ads, Baidu apps, Philips Hue apps Dream 11, GroupON etcetera which are developed in flutter. Flutter is the fastest growing hybrid platform on which you will daily get the update by adding new features. Should your really hire a Flutter developer for your website? The main advantage of flutter is that it makes the real native apps for all the platforms with a single codebase. By using flutter you can easily access the native controls like Bluetooth, WIFI and any background service which you can only access with the native apps. The reason why many of the users/clients prefer flutter is because flutter gives you the native performance application and another reason why to choose flutter is as we know Google is working on Google Fuchsia which will most probably overtake android and we know that right now 80% of the market is covered with android phones and you will only able to get the Fuchsia apps with Flutter only. Right now in the market, there is a myth like it is having less community support. I will accept this statement one year before but right now there are many Flutter app developers who are working daily on the plugins and mostly you will get 90% of plugins which you will search for. Around 3,00,000+ developers are working together to make the flutter grow. The only disappointment with flutter is its maintenance like if we have to modify any plugin then both native android and iOS developers are required.

As an Flutter developer – in a diverse app development company, Flutter over React Native could be a wise choice because of its native performance in the app. Another reason why Flutter stands unique in the queue is that it will give 7 different applications from a single code-base. As Google is focusing more on Flutter than its other products, maybe it has some big plans for the future. It wouldn’t be pre-mature to say that when it comes to application development, hiring flutter developers is the right choice. Moreover, there is a rumor for Fuchsia that it will be launched at the end of 2020 or the start of 2021. So, the final choice will be yours. There is a trust factor more than a technology factor. Who would you choose to trust? The future of Facebook is EYE OS and the Future of Google is Fuchsia. Both are almost the same but just some performance and stability issues.

FAQ
Which framework cost me more?

As compare to native application development Hybrid will cost you less.

Which framework gives me more performance in apps?

According to my opinion flutter will give you more performance and even you get same performance in all the seven platform apps.

Why should I choose flutter if it is having less community strength?

It is now a myth. One year before its community is small but now around 3Lacs+ developers are working it.

Can I convert my existing native application into Flutter or React Native?

Yes but it should be from scratch you cannot use the existing code of your application.

Does the Hybrid framework is good for applications?

Yes, It is good.But some frameworks is having some drawbacks of accessing the native controls of application etcetera so flutter is had overcome all the drawbacks so no worry you can use flutter for any application. 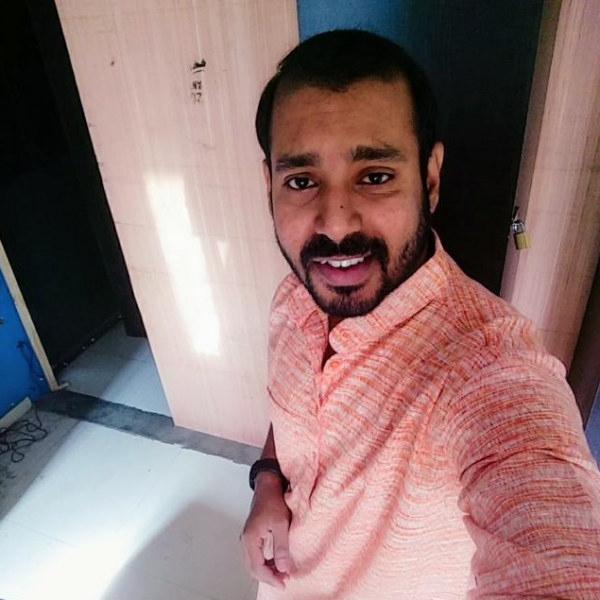