Significance of Mobile Apps In The Growth of IoT

The introduction and growing implementation of mobile apps have brought a sea change in the technology landscape in the last one decade.

Mobile apps are not only accountable for driving the growth of businesses across the world, but they are playing an equally important role in enhancing the lifestyle of the people.

As far as the impact of mobile apps on human life is concerned, they are making it really simple for people when it comes to shopping, watching their favorite TV programs online, and buying movie tickets, etc.  It means mobile apps are providing huge comfort to people because they can easily perform their work by using them.

For example,  when it comes to buying a furniture product for your home, you do not have to be present physically in a furniture store as you can order that from anywhere.

Role of Mobile Apps In The Growth of IoT

Mobile apps are also playing a tremendously important role in enhancing the growth of Internet of Things or IoT, which is nothing but an ecosystem of connected devices that consist of sensors and network connectivity for producing detailed data and information.

The connected devices that we are talking about here include everything from a sensor embedded car and refrigerator to a wrist band and a garage door, all of which are connected to a network so that the data produced by them can be exchanged easily, which eventually play a crucial role in simplifying human life.

Here is How To Connect Smart Devices Together

Internet of things devices can be connected to the internet with the assistance of Wi-Fi, iBeacon, and NFC. In addition to that, Zigbee Wireless and Bluetooth Low Energy can also be used to connect IoT Devices to the internet. And when you have connected devices you can easily control and operate them from anywhere at any point of time. For example, with the support of an IoT app, you can operate your garage door from a remote location without any difficulty.

Similarly, you can also access the air conditioning system of your house from a remote location if you have an IoT app on your smartphone.

In short, when you have the ability to make use of the data that is coming from different sources, your life is bound to become simpler and easier.

The use of IoT friendly apps has changed the way people used to interact with digital devices at their workplaces and at home. In short, IoT- applications have brought a drastic change in the way people communicate with their devices in the digital world. Today, you can do a lot of your official work remotely, because you can easily access your PC and other important devices.

The Concept of Smart Cities & Homes Is Growing Drastically

There is no denying the fact that, the internet of things technology will continue to develop at a great speed which will enhance the popularity of smart cities and smart homes in the future. And mobile friendly IoT apps will remain the major tools for operating connected devices. That means all you will need to operate the internet of things enabled devices in your home and office is a smartphone on which you have installed an IoT app.

Today, you can easily use your smartphone to communicate with your fitness band and use the information provided by it in a better way.

In fact, the hotel industry has already started allowing customers to enter their rooms with the support of their smartphone rather than making it necessary for them to have a key or a card for accessing their room. All you need to enter your room is to use the hotel app on your phone.

A lot of businesses have already started using IoT and mobile apps when it comes to enhancing their productivity and giving a tough competition to their competitors.

The demand for IoT-friendly mobile applications is increasing day by day in the market, which is creating huge competition among mobile app development companies. And one of the best ways to beat such competition is to have experienced and competent developers. In addition to that, app development companies should also provide advanced training to developers so that they can produce better outputs. 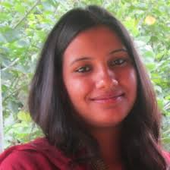