The technological world is well aware of tech behemoth Google’s potential in terms of providing top-notch services and products to users when it comes to making their life more comfortable. Since there is hardly any question of doubting Google’s potential of providing quality services to users, the company has once again surprised the tech world by unveiling a developers preview for its new operating system called the “Android Things.”

Android Things is nothing but a highly advanced platform for developing quality Internet of Things (IoT) devices. Yes, you read that correct, Android Things is a tremendously powerful IoT platform which will make it quite simple for developers to develop advanced devices incorporating powerful tools and features offered by Android.

The announcement of Android Things is a clear indication that Google is working towards developing a comprehensive Internet of Things ecosystem, which can make the development and implementation of IoT devices across the world quite simple and effective. IoT, which can be explained as an interconnected network of connected devices, buildings and vehicles etc., is bringing enormous revolution in the way we connect and communicate in the digital world. And Google’s announcement of its new IoT platform clearly reveals that things are going to be much smoother and simple for both developers and users in the coming time. 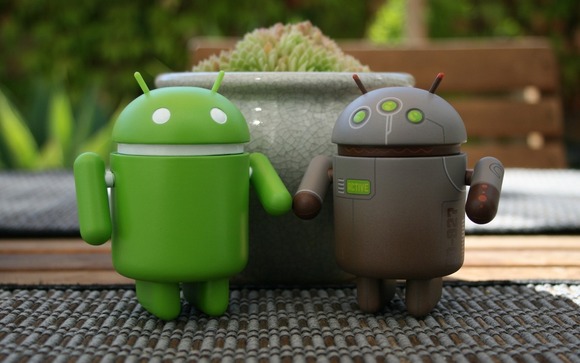 When developers will get a chance to develop Internet of Things products incorporating the power of one of the best-operating systems in the world called Android, it seems that the outcome will be welcomed by the world happily.

After this latest revelation by Google, developers across the world will be able to develop smart products and devices with the support of Android APIs, and Google services. What is really interesting about using this platform is Google will keep on providing its updates from time to time. And since the updates will be issued straight by Google it eventually makes the entire thing a lot more safe and secure.

This new android-based operating system for IoT devices is developed by the company after receiving some concrete feedback from users for Brillo – an Internet of Things platform that was announced by the company at its annual Google I/O developers conference in 2015.

With the announcement of Brillo last year, Google had taken its first important step in the world of IoT. It is believed that to an extent Brillo was built to fulfill the same purpose that of Apple’s HomeKi which helps in connecting smart devices and gadgets like refrigerators, lights, and garage doors etc.

This indicates that Android Things is not completely a new phenomenon that has been introduced by Google for the very first time, but it’s a kind of platform that’s been developed after a lot of research and effective feedback from the users. The kind of problems that users must have been facing with Brillo, will surely not be the case with Android Things.

Developers will use this platform as a starting point to build their device. On its developer’s page, Google clearly says that if developers can develop an app that means they can easily develop build an entire device.

By offering services like Google Home and Android Things, the company is surely giving a lot of great opportunity to developers when it comes to building connected devices that can control your home.

Developers who have been using Android OS for developing smart devices will find it quite simple to use Android APIs and Google services on this new platform. In addition to that, using new APIs and tools including Android Software Development Kit or SDK, Google Cloud Platform, and Google Play Services will also be quite simple for them.

A lot of companies have already started supporting Android Things such as Qualcomm. In addition to that companies like.

Google’s announcement is also a great news for App development companies like ZealousWeb, which are looking forward to investing huge resources and money for developing high-end apps for smart android devices.