Importance Of FPS(Frame Per Second) In Video Creation

As you begin with the resolution video, you’ll hear shocking, high-tech technical terms like frame rate. What’s the worth of the frame and why is it important?

Before we learn about FPS we have to be aware of 3 television standards.

What Are Television Standards?

NTSC is a short form of National Television Standards Committee, named for the group that originally developed the black & white and subsequently colour TV system that’s used in the USA, Japan, and plenty of other countries. An NTSC picture is created of 525 interlaced lines and is broadcast at a rate of 29.97 frames per second.

PAL is a short sort of Phase Alternate Line. It is the video format standard utilized in many European countries. A PAL picture is created of 625 interlaced lines and is broadcast at a rate of 25 frames per second.

SECAM is a short sort of sequential colour and memory. This video format is used in many Eastern countries like the USSR, China, Pakistan, France, and some others. Like PAL, a SECAM picture is additionally made of 625 interlaced lines and is displayed at a rate of 25 frames per second. However, the way SECAM processes the colour information it’s not compatible with the PAL video format standard.

How Many Types Of Frame Per Second?

24 FPS is the quality for movies and television shows, and it had been determined to be the minimum speed needed to capture video while still maintaining realistic motion. whether or not a movie is shot at a better frame rate, it’s often produced and displayed at 24fps. Most feature films and television shows are shot and viewed at 24fps.

As mentioned above, this is often the starting speed for the still images to a sensible motion. If you capture a very busy scene at 24fps, you’ll see plenty of motion blur.

30FPS has been the quality for television since the first days and continues to be widely used despite producers moving toward a more cinematic 24fps. Videos with lots of motion, like sports, will often have the benefit of the additional frames per second.

By increasing 6 more frames per second, you’ll see detailed motion still the motion will start to look a touch unnatural and have the soap opera effect.

The reasons for using 30fps is strangely complicated, and it mainly needs to do with television and electricity standards set a protracted time ago. If you wish to find out more, take a look at this text on frame rate, and to the section called Modern Video Standards.

It’s an upgraded version of 30 FPS for slow-motion video. Anything above 30fps is typically reserved for recording complex scenes with lots of motion, like video games, athletics, or anything you wish to point out in the motion-picture show. Video gamers record at this rate because plenty is happening on their screen without delay and more frames equal more detail. Sports are often recorded at a high frame rate so that it is over-involved to indicate replays, while still maintaining a crisp, clear video.

What Is The Worth Of The Frame?

To know the wisdom you would like to determine a book on paper where the paper had a picture on every page, and once you went through the pages quickly, the image appeared in an exceedingly flash and went away?

That’s exactly how video works. Whether it is a digital or old-school film, the video could be a series of images that, when viewed in succession at a particular speed, provides it with a glance of motion.

The frame rate is the speed at which those images are displayed, or how quickly you ‘flash’ the book and is typically displayed as frames per second, or FPS. Every image is known as a frame, so when a video is captured and played back at 24fps, meaning each second of the video shows 24 different images.

The speed at which they’re shown tricks your brain into detecting smooth movements.

Why Does Frame Rate Matter?

Frame level features a huge impact on style and video views. Different pricing reflects different visual experiences, and selecting a frame rate often means choosing between things like how you would like your video to appear, or attending to use techniques like slow, or blur effects.

Example: Movies are usually shown at 24fps, because this rate is comparable to the way we see the planet, and it’s very cinematic. A live streaming video or video with plenty of motion, like a sports event or game recording, need to be of the best quality. And this is because they occur at the identical time, and therefore the top quality of the frame keeps the movement smooth and also the details creamy.

On the other hand, when people create regular GIFs, APNG, WEBP, WEBM they often provide information about the tiny file size and choose the minimum frame rate.

How Do I Choose The Most Effective Rating For My Video?

First of all, there’s no excellent frame rate. As I discussed above, different price points produce different results, therefore the best option means to travel with the choice that most closely fits what you’re trying to form.
Although the frame rate may be a fairly straightforward concept, there’s a good amount of argument within which the values dictate the optimal viewpoint, and there’s research that builds the case for nearly any frame rate. Argument aside, Here are four things to stay in mind when choosing a frame rate.

How Many Styles Of Video Shooting?

The quality of the video frame greatly affects the planning and sound of the video, which determines how realistic the video looks. This idea is tied to how we see the globe naturally.

When we see movements, such as when someone throws a ball or a moving car, we naturally see some measure of movement. Ideally, the amount of the frame you select will mimic this blur, keeping the experience as realistic as possible. If you select the very best quality rating, things will start to seem unnatural, and therefore the video will suffer from what’s called the soap opera effect.

The video shows an excessive amount of detail, which makes the video look unnatural. On the opposite hand, if you decide on an all-time low frame rate, the video will start to appear choppy and supply a foul experience. To assist determine which frame rate is best for you, let’s study some general options and the way to use them.

Cameras flicker a black line in an NTSC mode during Asian countries.

50 hertz the flickering effect goes unnoticed by the human eye, the keyword being human. The camera sensor can see it while our cameraman was seeing a clean, flicker-free image, the camera itself was capturing something entirely different. Thankfully it was just a test shot!

What Caused This Flickering Effect?

A hertz is also a unit of frequency that defines cycles/second. So, if the lighting inside the varsity is running at 60 hertz, this can be often just a flowery way of claiming that the electricity flowing into the fluorescent lighting is cycling on & off 60 times/second. While the human eye doesn’t observe it, there is a sharp dark of the light during each of these on & off cycles. It’s this dark that our camera is capturing and recording.

How To Set FPS As Per Motion Required?

What Video Format Do You Deliver?

The way a video is delivered, like YouTube or broadcast television, and therefore the device someone uses to look at your video can greatly impact the choices you have got for frame rate.

Not all devices and delivery methods support all frame rates and then it’s best to seem into this before you begin shooting.

To help tackle this, let’s study some of the most common places people watch a video and the way the video is delivered.

Can We Streamout Videos On The Web?

This is quickly becoming the foremost common thanks to delivering video and lots of streaming services support multiple frame rates. People tend to be a bit more relaxed about frame rate online, however, it’s important to stay in mind that older TVs and computer monitors may not have a screen refresh rate that may handle higher frame rates.

Can 30 FPS Be Supported By Normal TV?

When you produce a video for television, it’s best to stay between 24 and 30fps. Because this ensures your videos look realistic and fit what people expect from broadcast television. Live broadcasts, like the news and sports are nearly always shot at 30fps, where TV shows and films are usually shot at 24fps.

How Many FPS Film Projectors Broadcast?

Movie theatres and projectors normally are still incredibly popular thanks to consuming video, and like TV broadcasts, the frame rate should be kept to 24fps. This may provide it with that “cinematic” look and you’ll feel confident the video will show properly with most projectors.

The final things to contemplate when choosing a frame rate are file size and export times. These two are pretty straightforward. the upper the frame rate, the more still images are packed into each second of the video.

Higher quality video is often the foremost desirable, but larger file sizes require better internet connections and constituent to stream at its highest quality. This suggests that individuals who aren’t on the foremost modern equipment or fastest services might suffer from a poor experience.

Video content is a strong area of branding and design due to the impact it casts on the niche audience. Given the digitally growing arena, it is of utmost importance that we creating visually vibrant videos to establish a strong brand image. Selecting the right FPS for a video and understand its mechanism is one of the basic lessons in the video content process. Through the blog, we’ve talked about the four key points outlined for FPS and how they work. Following these points will give you a deeper understanding of branding video production and help you create an attractive branding video.

If you’ve got further questions or simply want to supply suggestions, I’d like to hear from you within the comments section below!

FAQ
Why am I getting low resolution on YouTube?

The resolution depends on internet speed so when you have a lower speed of internet youtube will automatically deduct video quality.

Why can't we use NTSC instead of PAL/SECAM?

Because of power voltage like 110/240 Voltage in this light camera effect does matter so different countries are using different television standards.

How many FPS is good for gaming?

It’s up to user perspective ideally 24 to 60 FPS is good enough for a smooth gaming experience.

What is Soap Opera Effect?

Its motion smoothness effect comes in the latest TV as a feature to reduce motion blur.it will create an artificial frame which generates in between 2 frames to visualize ultrasmooth results. 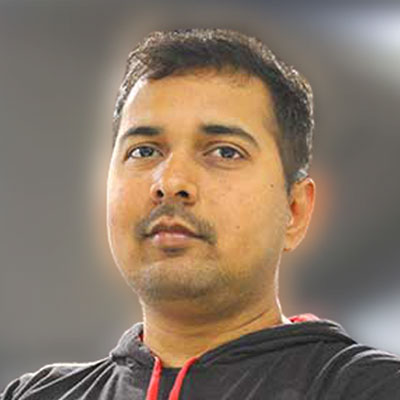 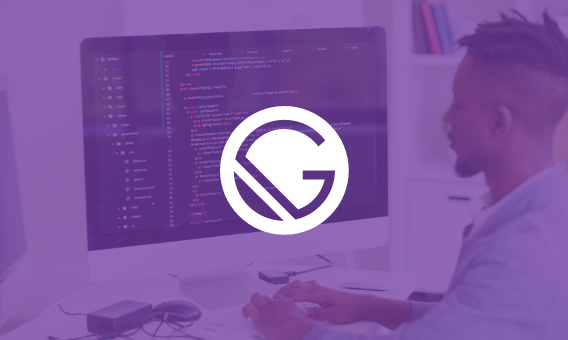 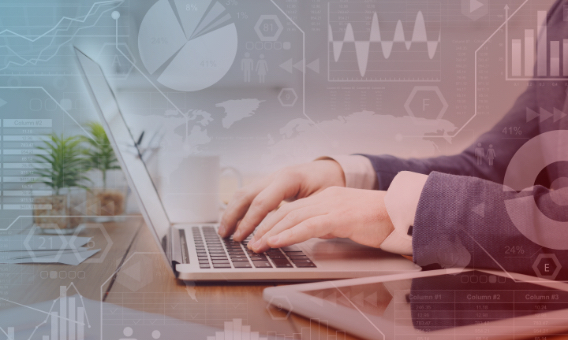 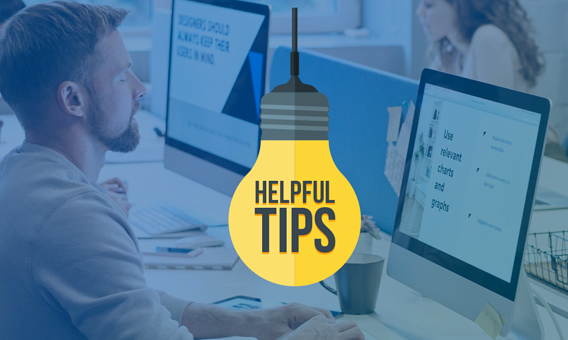 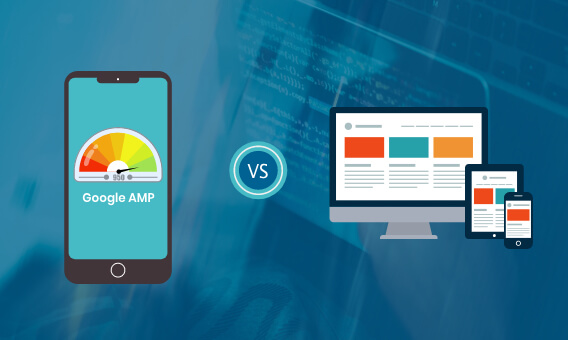 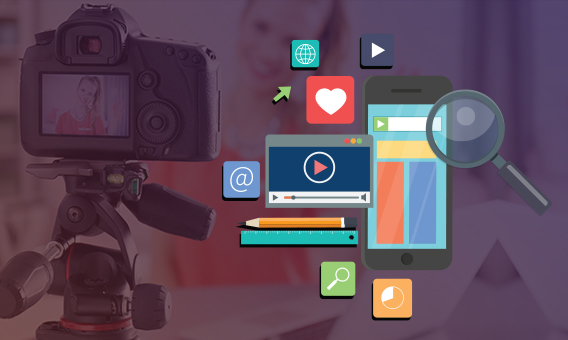